Had my first Teddy Bear Sleepover at the library! It was amazing, and I can't wait to do another one.  For storytime we--of course--did a stuffed animal theme. 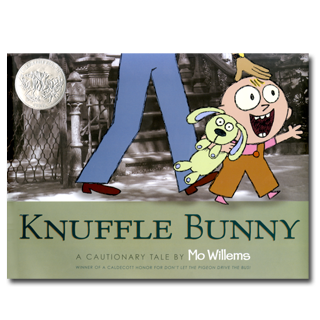 We started out with Mo Willem's Knuffle Bunny. It was, of course, lovely. I have to admit, I was never a huge Mo fan until he started writing Elephant and Piggie.  I mean, I liked him, but I wasn't totally on the Mo train until those two came along.﻿ And yeah, Knuffle Bunny Free made me tear up earlier this year.
Puppet: Baby Bear! It was the first time I'd used Baby Bear since last spring, so it was nice to see him. He was so shy we had to sing his wake up song twice! But he had the letter of the day tucked away in his sleeping bag--it was T! Then he started pulling out pictures of things that started with T--the kids were amazed at how many things he had in his bag. Finally, when we couldn't believe that there was anything else in there, he pulled out a tiny teddy bear of his own! Well after that we just had to read, Where's My Teddy? by Jez Alborough 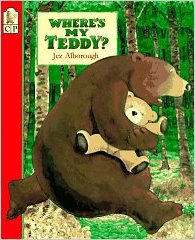 I love that book! Next I got out my big lap-sized bear puppet. My arms go inside his arms, so I can make him do motions. We sang, "I Had a Little Turtle" but changed it to "I Had a Little Teddy."

After that we did a fingerplay/action activity that I modified from the old "Five Little..." standby (I was still using the puppet)
Five Little Teddy Bears

Five little teddy bears standing side by side.
The first one said, "I’m shy, so I will hide" (hide face)
The second one said, "Put your hand up, gimme five!" (high five)
The third one said, "Give me some honey from the hive!" (rub belly)
The fourth one said, "Let's run and run and run" (running motion)
The fifth one said, "I’m having so much fun" (victory arms)
I wanted it to be very action-oriented so the kids would get involved. 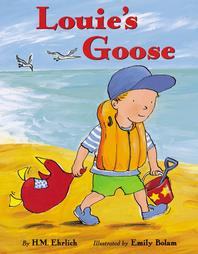 H. M. Ehrlich's lovely little book, Louie's Goose was next on the agenda. This is a sweet little book that I really like--Rosie the goose gets loved to pieces, and mom and dad can only do so much to save her. Then Louie has to take matters into his own hands. 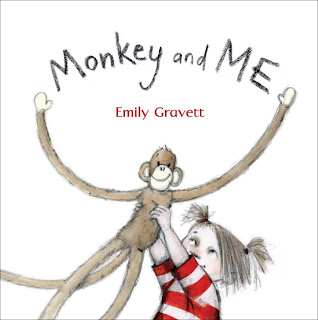 Finally, we finished up by reading Emily Gravett's Monkey and Me. I just love this author, and this book in particular. The kids love joining in on the rhythmic refrain and guessing what animal the girl and her toy are impersonating.
Closing song: Storytime is Over Now.
Hand stamp!
Posted by Ms. Anna at 10:11 AM