Immediately upon starting the first book today, I knew this Storytime was in trouble. LOTS of squirrely kids, a few criers—This group was NOT WITH ME. It was glaringly obvious that the kids have been cooped up for days with our subzero temperatures. So I decided to blog the process of how I kept it together!


Here was my plan: (Yes, I color code. It gives me a quick visual on the balance of storytime activities. I also normally only read three of four planned books).
Theme: Night

And here’s what I did. The red indicates all the decisions I made on the fly.

I tried to make the book more interactive by adding animal sounds or motions on each page, but that wasn’t enough. So I skipped a few pages to get to the end.

Next, I knew that we’d have to get some serious wiggles out for this storytime to work. I needed to convince the kids that I was super fun and worth listening to for the next 25 minutes! I decided to just do directed movements so I could get a good gauge on the group. “Ok everybody stand up and reach waaaaay up high. Wiggle those fingers. Now stretch your arms way out to the side. Now clap them together in front of you. Now stretch them out to the side annnnnnnnd...CLAP. Stretch them out to the side annnnnnnnnnd…CLAP. Clap fast! Clap slooooow. Great. Now let your hands fall to the side and clap over your head. Again! I did lots of repeating here and different commands to get them focused on me and following along. I made it suspenseful and pretty soon they were giggling and listening well.

Once I had them with me I did started the “Show me five” game I like to play before starting a fingerplay. “Show me five (hold out hand with fingers out). Hide them! (ball fist). Fiiiiiiiiive—hide them! FIVE! THREE! Did I fool you? Five!” I do this several times, varying fast and slow and how many fingers I want to see. They love it. I most often use this to move into “Five Fat Peas” which I do as a full body motion fingerplay. We did Five Fat Peas three times before moving on to the Letter of the Day.
Letter of the day with Fergus
Count People—Parent message about counting higher than three five or ten
(Song/chant) Twinkle Twinkle—twinkle fingers for first part, wave arms overhead for second part
(Action activity/fingerplay) Here is a cup
(Book) Shhhhhh! Everybody’s Sleeping (On each spread we put our finger to our lips and said shhhhhh)
(Flannel Story) Five in the Bed
(Fingerplay) This is my right hand

We went as planned for a while, but by the time we finished the fingerplay above many of them were spontaneously standing, and I realized they had been sitting for a while and were definitely not ready for a book. So I added one of our regular action activities, “I Can Jump Jump Jump” but I expanded it this time to include fast/slow versions of each movement to expend more energy. THEN we were ready to listen to our next book.

I switched the book here to Who Said Coo? Since Cornelius is more of a ‘list’ type story similar to Shhhhhhhh! Everybody’s Sleeping and I knew that Who Said Coo’s more cohesive plot and repetitive refrain would draw the kids in more.

(Action activity/fingerplay) Oliver Twist
(Book) Who Said Coo? At this point we only had two minutes left so we went right into the imagination game I had planned.
Sleeping Sleeping: All the Children Sleeping—bumblebees, snowflakes, dogs, pigs, horses
(Closing Song) Storytime is over now/See you later We are still practicing our skills at lining up, so we skipped the goodbye song.
Hand Stamps!

And there it is. It turned out to be a very successful storytime with 58 attendees.

Email ThisBlogThis!Share to TwitterShare to FacebookShare to Pinterest
Labels: early literacy, how it works, philosophizing, storytime 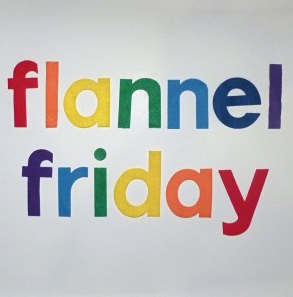 Welcome to Flannel Friday! Flannel Friday is a place where we show off our mad creative skills to create flannels and other props to make storytime awesome. You can fine out more here.

Every Friday we have a round up to see what everyone made. So without further ado, here's the roundup.

Anne from Itsy Bitsy Blog made a super fun game, "What's in the Box," for her storytime crowd.

We can never get enough penguins, so it's a good thing we have Kathryn's Six Penguins this week.

Miss Tara uses felt in a BIG way to make a flannel activity to go with "A Pizza the Size of the Sun."

With the kind of ingenuity we love to see at Flannel Friday, Miss Kristen combines old and new to make a Mama and Baby Matching game.

With the weather we're having lately, there are a lot of ways to use Bridget's Five Little Snowballs!

Katie takes time from her new baby (awwww) to share her idea for the poem, "It Fell in the City."

And last but not least, Lisa brings us even more snowy fun with her Snowball Pom Poms.

So many awesome creations!

And while I don't have a flannel or prop to contribute this week, I DO want to share a recommendation for a portable flannelboard that I found.


To find next week's round up, or the archives of past roundups, check here.
Posted by Ms. Anna at 9:11 PM 2 comments: 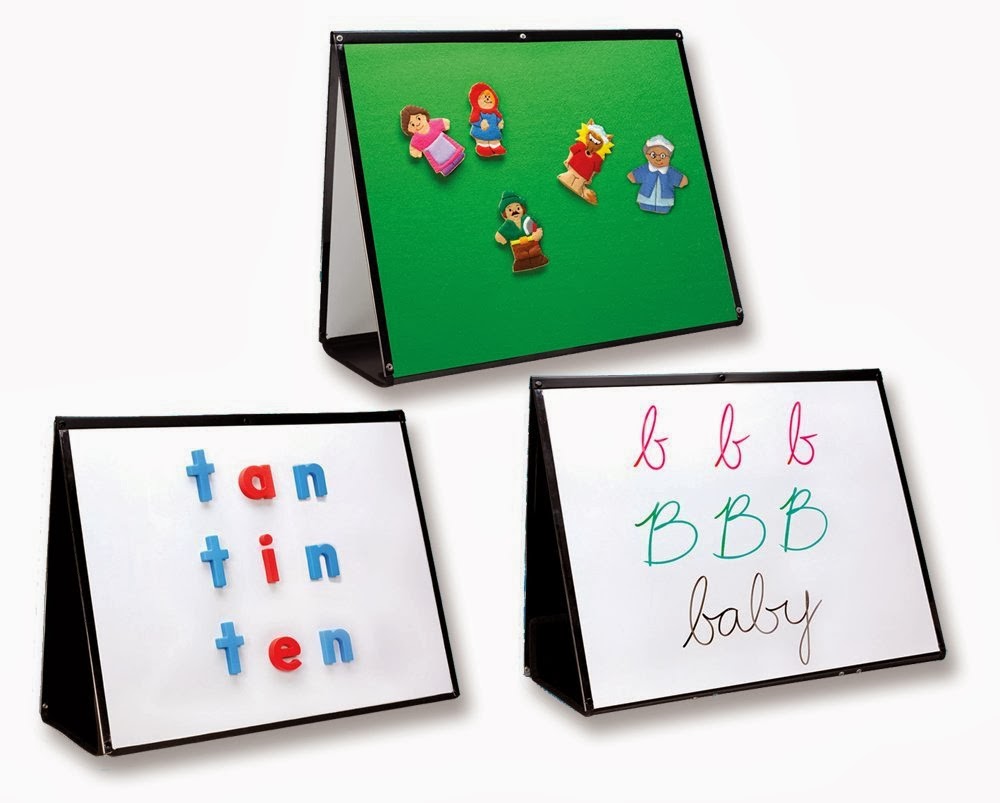 I want to share a recommendation for this portable flannel board that I just purchased for my library, made by Educational Insights. It's lightweight and awesome! It's a flannel board, magnet board, and whiteboard all in one, and can stand on it's own or be held in the lap. It's going to be awesome when my library is closed this summer and I'm doing storytime on the go. I bought it through Amazon
Posted by Ms. Anna at 7:29 PM No comments: